The Impact of Artificial Intelligence on Education

Of all the areas of life where artificial intelligence will have an impact, the biggest might well be education. This is because learning is so important, and also because current provision often leaves a lot to be desired.

This is not generally the fault of teachers. They are the active ingredient in today’s education system, but they are expensive, and not scalable. In most countries they are under-valued, and burdened by absurd paperwork. They are also human, which means they are variable. Think back to your own school days: how many of your teachers were positively inspirational? As many as 10%? How many were unacceptable? That probably leaves a large majority somewhere between OK and mediocre. One of the tragedies of modern education is that constructive feedback for teachers is rarely given or sought.

Classrooms today would be recognisable to the Victorians who invented them. A few decades from now we may look back on this period as the final years of the pedagogical dark ages. Some would even say that schools today are abusive: sitting still and quiet in military ranks for hours at a time is the absolute opposite of what children are hard-wired to do.

As Donald Clark says in his new book, Artificial Intelligence for Learning, “Education is a bit of a slow learner.” Clark co-founded Epic Group in 1986, and made it the UK’s leading player in online learning. He floated it in 1996, and sold it again in 2005, since when he has been an investor, adviser, and commentator.

Clark lists a number of tools which are already available to improve the situation. With flipped lessons, students watch a video of a lecture for homework (and there is no reason why it can’t be the best such lecture ever given), and then put what they have been told into practice in the classroom. The teacher acts as coach and mentor, a more interactive role than lecturing. Competency-based learning requires students to have mastered a skill or a lesson before they move on to the next one; students within a class may progress at different speeds, and your educational stage is not rigidly determined by your age. As Sal Khan, the founder of Khan Academy, points out, this means that everyone should get an ‘A’

There is much we could already be doing to gamify the learning process, and to turbocharge it by having learners teach each other and learn from each other.

Another of the tools which should already be improving education is online learning. Julia Begbie is a director of KLC, the UK’s leading private design college, based in Chelsea, in London. She has spent a decade establishing KLC’s online learning capability, and she is an enthusiast: “Conventional wisdom says that online learning is characterised by isolation, plagiarism, low retention rates, shallow learning, poor quality teaching materials, and meaningless qualifications. Some of this was true in the past; increasingly it is simply wrong.”

KLC’s investment in online learning capability paid huge dividends this year. Like most educational institutions, it had to close its doors to students in March. “During the Easter holidays, we switched the entire school to online delivery. It was a huge challenge, but it worked. Not only did it ensure our ongoing success, but it also demonstrated to both staff and students that online learning has a number of positive advantages over the traditional, in-person variety. The results of our students who graduated in July 2020 have now been ratified by external examiners, and they are just as impressive as those of previous cohorts.”

One of these advantages is that every online learning communication, however insignificant, is captured and can be read, listened to, or watched again and again. As Donald Clark puts it, “online learning lies naked on the screen, open to scrutiny in a way that is rarely true in the classroom or lecture hall. This forces you to be clear, precise and accurate.”

The advantages of online learning, especially during a pandemic, have not been lost on the UK’s private schools (confusingly known as public schools, because their children are educated away from home, instead of by live-in governesses, or tutors making house calls.) Private schools have been pioneering with flipped lessons for years, and many of them maintained a far higher level of continuous education for their students during lockdown than state schools were able to. As a result, the UK’s education gap between the privileged 7% or so and the rest has surely widened this year.

Nevertheless, online learning is still young, and must improve. According to Donald Clark, It “remains stubbornly primitive, almost behavioural in approach. Even the gamification of content can be doggedly Pavlovian. … Most EdTech projects are mosquito projects: lots of buzz, tricky to spot, and short-lived.”

Artificial intelligence will help. Indeed, in the coming decades, AI will transform education. Clark is confident that “AI can result in accelerating and reducing the cost of learning–even basic skills such as reading, writing and arithmetic–on a global scale. It will make past improvements in pedagogy look like rounding errors.” It is being kick-started by initiatives like the X Prize for Education, which awarded $15m of prizes last year to software startups who created scalable solutions that enable children to teach themselves basic reading, writing and arithmetic within 15 months.

Clark says that bots (software robots) will take over an increasing range of education-related activities, including the recruitment of students, onboarding them in schools and universities, reminding and cajoling them to submit coursework, assessing some of their work, and even providing a certain amount of Socratic tuition. IBM provided the famous example of a teaching assistant chatbot named Jill Watson, (mis-named after legendary IBM CEO Tom Watson’s wife – her name was actually Jeanette). Students at Georgia Tech, a computing college, were guinea pigs in an experiment to see whether they would notice that one of their nine teaching assistants was a robot. Interestingly, when they finally twigged that “she” was too efficient to be human, they were not annoyed. Instead, they recommended “her” for a teaching award.

These chatbots are but a pale shadow of the astonishingly effective teachers and guides that our digital assistants will become. The descendants of Siri, Alexa, Cortana and the rest will have an encyclopedic knowledge of the curriculum we need to master, and they will understand better than we do which approach to learning suits us best, which times of day we are most receptive, and which times we are best left to relax or rest. Education will be less regimented, more flexible, and much more closely tailored to our individual preferences and needs. Above all, it will be more fun. And your digital assistant will find you just as endlessly fascinating as you find yourself.

Personalization is perhaps the greatest gift that AI will bring to learning. As KLC’s Julia Begbie puts it, “digitisation places commissioning control in the hands of the consumer.”

AI will also help by enabling related technologies to realise their educational potential, including virtual reality and augmented reality. It will be much more compelling to learn about Napoleon by experiencing the battle of Waterloo, rather than by reading about it, or listening to a lecturer describe it. It will be much easier for a teacher to explain the molecular structure of alcohol by escorting her pupils around a VR model of it.

Perhaps ironically, AI could render education more natural, as well as more effective and more fun. Higher education in particular has become an exercise in intensive paper farming, with an exponential growth of text output. Talking is more natural for humans than writing, and advanced natural language processing technology can give us back frictionless dialogue.

Unfortunately, none of this will make learning trivially easy. Until we have advanced brain-computer interfaces, we won’t be able to simply upload knowledge and skills into our minds, like Neo learning Kung Fu in the Matrix. Elon Musk is surely over-optimistic in thinking that anything like that will be available in the next decade or three. We will still have to practice active recall to establish and strengthen memory.

But in a shorter time frame than that, we may well develop an economy of abundance, where the cost of everything you need for a very good standard of living is close to zero. The economy of abundance is probably what we need in order to survive and thrive when technological unemployment arrives. In a system of fully automated luxury capitalism, education will become “vacational” not “vocational”, and much more important than it is today. Maybe, when you meet someone at a party, instead of asking what they do for a living, you will ask them what they are learning. 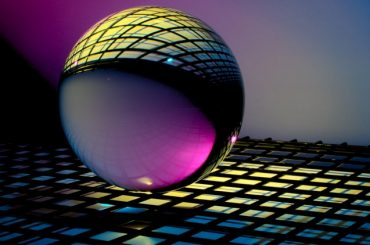 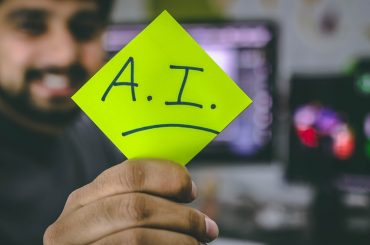 The Role of Artificial Intelligence in Education 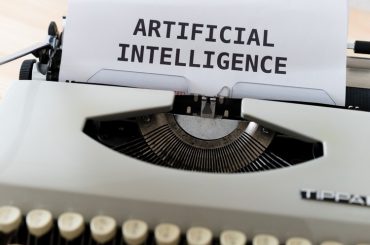 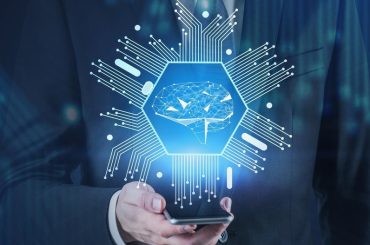